Planet of Desire: Mars through the Signs of the Zodiac 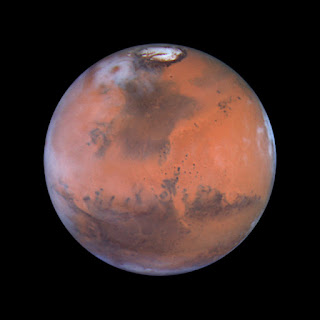 Although starry myths and archetypal feminine goddesses are often prominent here on Neptune's Silver Screen, it's time to consider the planet of testosterone, sweat, and energy: Mars, the warrior and the ravisher, whose first imperative is to represent the impulse to be.

Below is a list of a few male expressions of energy as seen in many Classic Films and via Silver Screen images of yesteryear's stars. With many actors of the past, their magnetism and charisma, two traits that are often part of a noticeable Mars-Neptune emanation--remain discernible across the decades and the word 'steamy' may still be applied as their romantic appeal resonates from off the celluloid!

Of course, astrological Mars (its sign, aspects, and other conditions) describes such realms as: romance, passion, desire, energetic action, motivation, direction, how one initiates things, and males between ages 25 and 35, give or take a year or so. By the sign of natal Mars we find information about what the person (male and female) desires and, added to the sign of natal Venus (what the person attracts and is attracted to), we have a picture of love, romance, and sex in the life. Directors hope actors' chemistry together will ignite on the set yet nature determines how or if the pretend-partners jive or not, and it's usually Venus and Mars who tell such a tale. Other sparks may fly due to transits of planets and progressions of the natal chart and if studied, the picture becomes more focused.

One fine example is the suave romantic Cary Grant whose Venus in Sagittarius denotes attraction to, and attraction of, relationships with foreign partners (he was British) or those from a different background than his own, yet he desired partners of an Aquarian persuasion (see below). Sag and AQ are in beneficial aspect (sextile; 60 degrees) so a pleasant blend of attraction and desire is suggested which contributed to the actor's easy going style.

So what does your favorite celluloid Romeo desire? Here are a few notes on Mars through the 12 signs of the Zodiac:

Aries: in its own sign, Mars is energetic, impulsive, ambitious, headstrong, sometimes quarrelsome, and independent. Sports are enjoyed as well as other types of competition though a tendency to never finish what's started may be an issue for partners. A 'fools rush in' tendency may be noticed with such boundless energy as Mars in Aries for a pioneering spirit is inherent.

Taurus: money and material possessions may be uppermost rather than close relationships; in detriment when in Taurus, the natural inclination of Mars to act quickly is slowed here, perhaps into laziness though precision matters. Although not particularly aggressive in Venus-ruled Taurus, Mars here may turn possessive and jealous when his 'possessions' are challenged or threatened.

Gemini: the sign of duality, there is great mental activity within this Mercury-Mars signature; Mars in versatile Gemini desires mental rapport with partners perhaps above all, though arguments may erupt. Physical and mental rest is important to keep irritability under control and a well developed Mercurial critical function must be used constructively for best results.

Cancer: Moon-ruled Cancer gives this placement a Moon-Mars signature of emotional anger, a volatile temperament, and moodiness; intense emotions sometimes careen out of control and perseverance may be lacking unless other more calming planetary factors are developed. Mars in Cancer tends to 'feel first' and act in accordance with instincts which may or may not be correctly perceived; mother issues are possible.

Leo: if egoism and self-love don't get in the way overmuch, this is a fun sign for active Mars to be in; self-confidence leads to positions of responsibility within an enthusiastic spirit of enterprise especially when drama, entertainment, and applause are involved. Romance is required by solar-ruled Leo, the proud Lion, and unbridled passion has been known to occur. Gambling and risky speculation may cause financial issues though a great striving for wealth and possessions will remain in evidence.

Virgo: a nervous sign, Virgo is Mercury-ruled and on the fussy side. Mars here has a love of cleanliness and order and may thrive in a science lab or take to the authoring of books. Methodical to a fault, Mars in Virgo (sign of the Virgin) may have romantic issues, be prudish, a perfectionist, or simply be too busy to appreciate your new negligee unless it's somehow practical--or on the schedule--to do so.

Libra: here in its detriment, Mars in the sign of Partnerships and Romance seeks cooperation and approval from others; contacts with the public suggests social activities where this Mars can be noticed and admired. A prim or refined air may be seen along with concerns over fairness, balance, diplomacy, and ethics; there may be a tendency to argue and/or to strenuously follow the rules of social conduct.

Scorpio: ruling here (and sub-ruling with powerful Pluto), Mars bestows intense desires, cravings, and powerful emotions when in secretive Scorpio. Motivation, one of the provinces of astrological Mars, is most important with this placement for Scorpio can glide to the heights or crash below in a heap of degradation. Possessiveness and jealousy in relationships are well known traits along with a strong sex drive; anger, resentment, and a brooding temperament cause relationship problems via words that are impossible to take back once spoken. Objective in Scorpio Mars is not, and the feelings of others may be considered of little or no importance unless other chart factors provide objectivity. Still, natural optimism and high-minded motivations will mitigate much of this placement's negativity if ego can be got out of the way.

Sagittarius: in this Jupiter-ruled sign Mars shows interest in foreign cultures and people and may prefer to live or work on projects abroad; philosophical or religious convictions are quick to turn up and improvement of society may be on the agenda. A spirit of adventure is increased with this placement for pioneering Mars; strong patriotism may also be noticed though a tendency to scatter energy may interfere with goals. A good sense of fair play, directness, and openness with others are refreshing traits of Mars in Sagittarius and the placement's Mars-Jupiter signature hints at bedroom prowess unless other planetary factors interfere.

Capricorn: here Mars is said to be exalted since it is the planet that most needs direction and control--and Saturn-ruled Capricorn supplies both which results in a highly efficient use of energy. Professional success and power are wanted by a Cap Mars but when it comes to romance, conditions must be right. Self-control, management, and ambitious enterprises are usually in evidence and there may be a noticeable age difference between partners with all the problems and benefits such differences can bring.

Aquarius: the unorthodox sign of Aquarius has two rulers associated with it: old man Saturn and progressive Uranus which gives a more complex planetary signature of Mars-Saturn and Mars-Uranus. Contemptuous of tradition, Mars in Aquarius is a very independent position for the planet of action, energy, and motivation. Freedom to follow one's own path may strain long term relationships unless both partners agree on questions of how-close-is-close-enough. Platonic friendship may be the outcome of a romance, or, friends may become lovers.

Pisces: if this Mars can be encouraged to stop brooding over past regrets, grudges, and unconscious anger, this is a compassionate placement for Mars. Subtlety may be noted when passive-aggressive actions are the usual method of getting along in relationships. Evasion and secret actions cause problems if motivations are not clear or aboveboard yet this is a tremendously creative sign for Mars. Issues of domination and martyrdom may require professional input for best results, and periods of solitude may be needed to recharge and regroup forces. Direct confrontations are avoided, and tears may flow quite easily with Mars in Pisces.

You may also wish to consider Love and Attraction in the Signs of Venus.