Watch a free screening of Gone With The Wind! (Venus in Libra!) 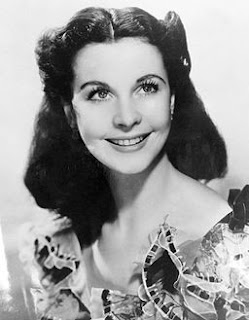 Just discovered: a free screening of Margaret Mitchell's classic film Gone With The Wind is available! Casting Old South prejudices aside, it's a gripping tale even so.

My first viewing of the movie was my older sister taking me to a local theater in Athens, Georgia to see it when I was six years old and of course, as Georgians, the novel hung around our house for decades. I must have read it all the way through at least twice, and once again later on. Okay, and maybe parts of it during my 30s, plus, some film watching as well.

But the reason I stumbled across the free viewing of GWTW (linked above) is through a wonderful article by Atlanta astrologer Patricia Lantz, Libra: Astrological Symbolism of "Gone With The Wind" about how author Margaret Mitchell, born with Venus in Libra, was an astrologer before she was a writer and the characters in the novel were based on the signs of the Zodiac. How cool is that?

So if you have nearly 4 hours to watch a classic film you might never do better than Gone With the Wind.

Check out the natal horoscopes of 'Scarlet O'Hara' Vivien Leigh and Laurence Olivier.

And here's a previous post on the film's leading male personage 'Rhett Butler' played by Clarke Gable including his natal horoscope with details--quite a bit of fatherly Capricorn there but Aquarius, too. Of course, his tragically short-lived marriage to Carole Lombard is part of Gable's life story.

Last but definitely not least, the natal horoscope of astrologer-writer Margaret Mitchell is a fascinating study even though no birth time is known (RR: X for date w/o time). Born November 8, 1900 in Atlanta, Georgia her chart overflows with planets in adventurous Jupiter-ruled Sagittarius--even Jupiter is placed in its own sign conjunct Uranus. This is the lucky break planetary pair yet after the ten years it took her to write GWTW, selling the movie right to David O. Selznick for $50,000 was a wonderful break but not exactly an overnight one!

And perhaps the money was just in time since the themes of her Prenatal Eclipse Saros Series (PE), the 10 South, suggest difficulties that are somehow wiggled out of: 'breaking out of a very negative situation where no hope can be seen to a space with plenty of options; a worry suddenly lifts and the Cosmos (or Astrology?!) shows the solution which can be quickly acted upon' (paraphrasing Brady's Predictive Astrology).

Note that the last manifestation of 10 South is what I termed the "Beijing Olympics Eclipse" of August 1, 2008 @10Leo--you know, the eclipse that negatively affected the Chinese people and we saw George W. Bush on TV enjoying the Games--in China. Oh, and presidential candidate John McCain suspended his 2008 campaign and breathlessly rushed back to the Capitol to meet in secret over what to do about the Financial Collapse, thespians as politicians are. Actually, 10 South is Senator McCain's PE as well and the PE of the New York Stock Exchange (May 17, 1792).

Well, Margaret Mitchell is known to have been seriously accident-prone and hard-living (smoking, drinking, cursing, and such). And when a car hit her in August 1949 as she and her husband crossed Atlanta's Peachtree Street and she subsequently died from skull and pelvic injuries at 11:59 am on August 16, 1949 as reported on the day by The New York Times, the Sun @23Leo shone upon her natal Mars (23Leo) which denotes a day when hot-headedness or impatience were very bad ideas and head injuries were a distinct possibility. Plus, transit Pluto, the destroyer, was crossing an angle of the the death chart, the MC. If you have a chance, perhaps you'll set up the chart and take a look.

Now since we know that for the 24-hour period of her day of birth the Moon remained in Mercurial Gemini, the writer's sign, and the Sun was at mid-Scorpio (Mars-Pluto), we can say that Ms. Mitchell possessed an endless curiosity about people's emotions (and her own) along with a writer's gift for expressing and evoking the entire range of human experience. Sun Scorpio-Moon Gemini suggests that she was especially fascinated with the darker aspects of life including the sexual and destructive elements. Profound seriousness and an extremely amusing wittiness were hers simultaneously as she moved from the tragic to the light-hearted with ease--rather like Scarlett flirting, pouting, then smiling to get her way.

And so my suspicion is that the ability to make light of disaster and hardship and vow to "think about it tomorrow" was a winning talent displayed by both Margaret and her creation Miss Scarlett and I wonder--did the writer put off thinking about the tale of Scarlett's tribulations until 'tomorrow' and such procrastination was the reason it took her 10 years to write Gone With The Wind? Just wonderin'!