A Most Magical and Mysterious Lilith: Greta Garbo 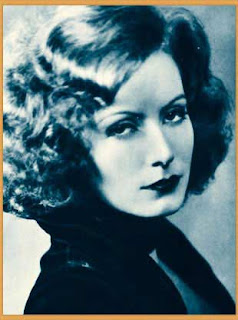 A most magical alabaster-skinned star of the silver screen, Greta Garbo is famous for her early retirement from Hollywood films as her reclusive tendency became almost pathological as she matured until 'elusive' became a descriptive word for 'Garbo'. And with Capricorn on her natal Midheaven, the Goal Point of any chart, sign ruler Saturn of isolation, separation, restriction fame, well describes her famous, "I vant to be alone" expression of what she wanted--her goal in life!

Born September 18, 1905 at 7:30 pm MET in Stockholm, Sweden as Greta Lovisa Gustafssen, Garbo's Sun @25Virgo and Moon @19Taurus identifies her as an Earth-Earth blend of practicality, modesty, and humility. Yet a Gemini Ascendant (5:20) gave sparkle to her onscreen image and the Mercury-ruled sign provides a way with words--but not necessarily a desire to utter them. View a brief bio and her natal chart at astro.com where you'll find thespian planet Jupiter in Gemini rising, glamorous, seductive Lilith in Mars-ruled Aries (but in the hidden 12th house!), iconic Venus in dramatic Leo (the lion, as in MGM), desirous Mars in Sagittarius, elusive Neptune in Moon-ruled Cancer (sign of the home), and powerful, wealthy Pluto in Gemini, also in the 1st house of Self. Plus, planet of quirkiness, originality, and genius, Uranus, conjoins one of the World Points of Fame, Prominence, and Fortune, 00Capricorn.

Furthermore, Garbo's Sun Virgo-Moon Taurus denotes one who enjoys the daily rounds of life to the point of addiction to the mundane world but also has a deep appreciation for beauty, luxury, and The Arts. Actually, a love of pottering around might describe this elusive Lilith who turned her back on the Silver Screen for the joys and security of ordinary life. And yes, there is shrewd financial skill here which is supported by the fact that Garbo was a millionaire by age 26 and owned properties in three countries.

Drawn to enigmatic people, in relationships her double Earth personality was thoughtful, helpful, reliable, and sensual and a passionate affair with actor John Gilbert (1899--1936) is well known, after which the company of women was preferred. Yet 1938 was spent in Italy and Sweden with Leopold Stokowski, the world famous conductor.

Sun Virgo-Moon Taurus also indicates stubbornness, an over concern with materialism, and a too-rational approach to life added to a lack of romantic idealism. Was one reason Garbo retired early from films because it grew boring and tiresome to portray romances full of dramatic passion? The answer eludes me...

So with her brief astrological portrait aside, why not relax and enjoy the following 2-minute official trailer for the spectacularly promoted 'Return of Garbo' in...Queen Christina!

UPDATE 12.30.15: I've returned with more time to add Garbo's Pre-Natal Eclipse Series and other goddess-icon-glamorous asteroid positions (besides Lilith, above but note that seductive Lilith in my Solar Fire software is listed @16Virgo indicating this as one of three Liliths so her natal Sun-Mercury midpoint = Lilith; Virgo is a goddess sign on its own: The Virgin as in Mary, a Venus figure).

Most of her goddess archetypes are posited in the Cadent 6th house of Service, Work, Health, and Daily Rounds in quite a concentration of feminine Hollywood-esqe archetypes in one area of the Zodiac in Venus-ruled Libra, sign of Love and Romance. They are: Sappho @17Libra, Isis @26Libra, Cupido @17Libra, Amor @5Scorpio, and Selena (The White Goddess) @12AQ36 rising after thespian Jupiter in 1st house. Eros @00Aquarious conjoins natal Chiron Rx (the wound, or, the blindspot) in 10th house of Career along with asteroid Pallas (the daughter but also wisdom and strategy). Ceres (the mother; security)

Garbo's Pre-Natal Solar Eclipse @6Virgo is in the 16 North Saros Series with contains Uranus-Neptune vibes from its initial manifestation. This gives themes of the illumination of ideas from the unconscious, good insights, and a sense of inspiration (Brady). The 16N is one I tend to relate to the Illuminati cabal that controls the entertainment industry and 'rains' fortune down upon the creative artist who sign up to promote their degradation-of-society agenda--the old sell your soul to the devil Robert Johnson legend. Is this the agenda Greta Garbo rejected by retiring from the film industry in 1941? It wouldn't surprise me though of course their satanic agenda is more developed nowadays and societal standards are fading fast.

But you know what aspect may have aided Garbo in her retirement? A Sun-Uranus square which is the closest applying aspect to her natal Sun and thus an integral part of her personality. This denotes one who is eccentric, erratic, self-willed, self-dramatizing, and experiences overwhelming nervous tension at critical junctures (critical degree 20Cap at MC of Career and Public Status). Her modest Virgoan nature may have felt inferior in some way and yet she was pride was provided by Sun-Uranus; imagining slights or injustices caused irrational behavior of a Capricorn (authoritative; bossy) kind which antagonized others and a deep desire for freedom at all costs may have led to her ignoring good advice.

These Sun-Uranus tendencies were developed in childhood and issue from dear old Dad whom she resented for he was something of an eccentric reformer himself and with her natal Saturn in aloof Aquarius conjunct South Node of the Moon, themes of emotional distance, separation, and isolation were her lifelong obsessions.